Kolkata and nationwide there are plethora of photography exhibitions mushrooming each day, then what places this exhibition on a different league? It is the photographers. The moment we say “people of Kolkata”, the first image that flashes in front of our eyes is a rickshaw puller taking nap on his handpull rickshaw on a winter afternoon at Sealdah. But what if this rickshaw puller is now the photographer and not a subject anymore?

Prayasam Visual Basics brought together 50 photographers from 15 communities aging between 70 to 7 years, involved in professions like blacksmith, clerk, domestic help, vegetable grocer, driver, tailor, student, among others. The main purpose of this exhibition is mainstreaming the people standing at the brink of social marginalization owing to our stereotype equating of creativity with social status. The people who have till date been the subject of photographers’ delight, innumerable photographs of theirs taken without any respect towards their privacy, the tables have turned and now as photographers they show the society the positive images of their community.

During one of our campaigns in October, Mayer Pujor Mahabhog (Mothers First), one of the mothers expressed the desire if she could be part of the shooting crew and roam around the community clicking photographs of all the things she likes. And that got the ball rolling. We conducted hamlet discussions in communities to understand their interest level and enrolled photographers for Mahanogorer Jonorroner Dinratri photography exhibition. The photographers first had brainstorming on the subject of their photograph – which part of the community do they feel strongly connected with and why?. Followed by crash training on camera handling and their final shooting day.

It is interesting that for most of the photographers it was for the first time that they had ever taken a photograph, as they do not even have an android phone like the photographers from Khashmahal community. And for others who have it, do not know how to operate a phone camera.

On 12th and 13th of December 2019, the community photographers will themselves be setting up their exhibition space and each of them will be signing their photograph. They have had training on how to communicate with the audience as photographers and the basic soft skills. It for the first time, that people will be acknowledging them for their creativity.

The exhibition tells the story of the subjects.

Salim Ganguly, the coordinator of Mahanogorer Jonorroner Dinratri photography exhibition is the CEO of Prayasam Visual Basics, the grassroot film production hub of Prayasam. Salim has closely worked with the photographers, guiding them in their story development, conducted camera handling trainings as well as archiving their profile. He is a filmmaker himself, graduated from Scottsdale Community College, Arizona and is one of the Tedx speaker. His films have been screened at Sundance Festival and Mumbai International Film Festival.

While the general notion remains that community people will be unsmart, rugged with zero discipline, we invite you to kindly attend the exhibition to witness the immense positivity of so-called “marginalized community” from the eyes of the people who have always been considered to be only fit to be a subject and never a photographer. 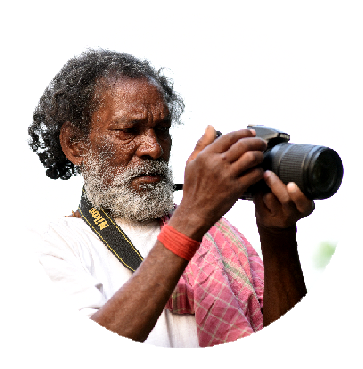 I have been living in Khashmahal for last 50years now. When I first moved to this community, there were handful of houses and people would walk to their workplace, as there was absolutely no mode of transportation. I am a mason as well as skilled in weaving fishing net. This banyan tree is my favourite as everyday I chat with my friends here, play cards and many more. 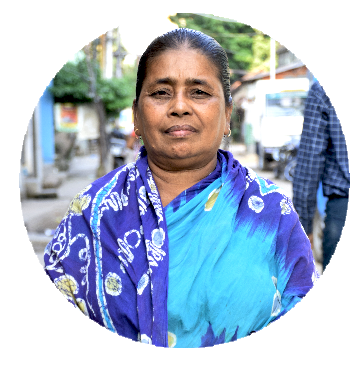 I spend most of my time in my home. As a child, I used to love outdoor sports but now I prefer staying home and spend time with my daughter-in-laws 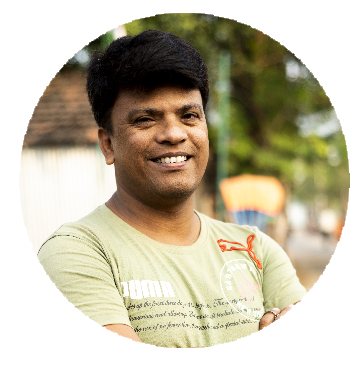 I work in a company. I love reading books. Through this photograph I tried to project motherhood. I always wanted to pursue photography but unfortunately could not. This exhibition gave that much desired platform. 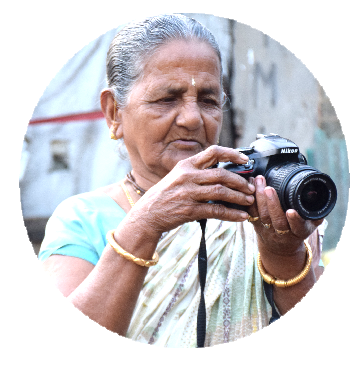 This is the shop where I spend my every evening. I chat with the owner and other women of my age over cup of evening tea. I migrated from Bangladesh nearly 50 years ago. I am proud that I bought a house from my own hard earned money and also taught my sons how to run business. I had singlehandedly managed my family, from earning to look after my children after my husband passed away at an early age. 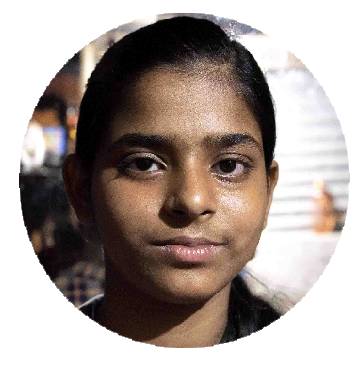 I am a student of class 9. I am very happy go lucky girl and my best friend is my mother, with whom I share most of my personal matters. I took photograph of my books because I feel that it is only through studies that I will be able to have a successful career.